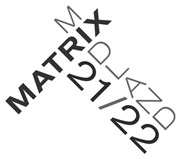 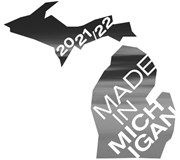 Ten explorers. Four boats. One Grand Canyon. Don’t miss this true(ish) history of the landmark 1869 expedition, when a one-armed captain and a crew of brave and loyal volunteers set out to chart the course of the Colorado River. The company of ten men on this adventure will be played by female and gay actors using contemporary language - shedding insightful light on who is allowed to share our stories through this comedic piece of American pioneering history.

Contains profanity, the consumption of alcohol and gunshots.

Perfumery shop clerks Amalia and Georg don’t see eye to eye. After both respond to a “lonely hearts advertisement,” they now live for the love letters that they exchange ... but the identity of their admirers remains unknown. Join Amalia and Georg as they try to solve the mystery of their true loves. One of the most charming musicals ever written, SHE LOVES ME is a warm, romantic comedy with an endearing innocence and a touch of old-world elegance.

MLM Is For Murder

Side hustles. It seems like everybody has at least one. In this hilarious and scathing play, Minerva Ross hosts a feminist true crime podcast about women who commit murder. Meanwhile, Mormon stay-at-home wife and mother, Felicity Evanston has just started selling for a multi-level marketing company. The two high school enemies haven’t crossed paths in years, but when Felicity realizes the only way to get ahead in a rigged pyramid scheme is to literally start killing off the competition, both experience overnight success—but risk losing their families, freedom, and very souls!

The stakes are higher than ever in this brand new dynamic musical, as SpongeBob and all of Bikini Bottom face the total annihilation of their undersea world. Chaos erupts. Lives hang in the balance. And just when all hope seems lost, a most unexpected hero rises up and takes center stage. The power of optimism really can save the world! Be among the first audiences outside of Broadway to see this hilarious musical spectacle! Did we mention that THE SPONGEBOB MUSICAL features songs from the world’s most popular musicians? Of course it does − don’t miss it!

Based on the series by Stephen Hillenburg
Book by Kyle Jarrow


Theatre programs are made possible through the generosity of
Neil & Annmarie Hawkins.

Center Stage Theatre is a national award-winning volunteer theater program. Its performance season, draws tens of thousands of theater-goers from across the Great Lakes Bay Region and includes comedies, tragedies and musicals, from popular favorites to lesser-known titles.