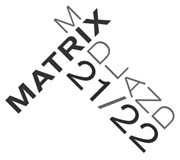 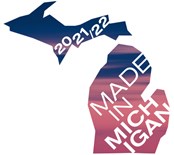 Made in Michigan Series

Join the fun when this Pinconning-born comedian returns to the Great Lakes Bay region for one hilarious night. Deemed “the happiest comic in America” on Last Comic Standing, Rob Little is sure to brighten your spirits with his light-hearted, optimistic comedy.

A national broadcaster for the Major League Baseball Network, Jon fell in love with the game while growing up in Bay County. Now he’s eager to return to the Great Lakes Bay Region and share stories of his path from Bay City, to the Tigers beat at the Detroit Free Press, and most recently his role as the field-level reporter on MLB telecasts. Jon has traveled to report on 11 World Series and will speak about his experiences covering international stories in Japan, Mexico, Cuba, and Germany. In addition to baseball coverage, Jon has contributed hockey reports and features to NHL Network since 2016.

Eric, veteran of five Broadway Tours, recently made his debut on Broadway in BEETLEJUICE THE MUSICAL. This singer, actor, dancer and choreographer returns to our stage for an evening of song, dance and stories.